The global pandemic continues and while our lives try to adjust to a new normal, bread is still the second most wasted food item in the UK* With bakeries increasing production and streamlining product choice to meet current demand as well as, hopefully the last vestiges of panic buying, this doesn’t look set to change anytime soon sadly. Meanwhile consumer calls for bread to come in paper packaging would we feel, exacerbate the issue of food waste.

Is now the time to worry about waste?

During the current crisis, environmental impact is unlikely to be the first thought in some consumers’ minds, but the panic buying seen as the Coronavirus pandemic hit the UK has already had a huge impact on food waste. Shoppers rushing to stockpile household essentials has meant a significant increase in the amount of fresh food thrown away as consumers over-buy, with bread one of the main items going to waste.

WRAP estimates that in the UK alone, food waste has a value of £19bn per year and is associated with more than 25 million tonnes of greenhouse gas emissions.

Richard Hobson, Chief Executive at We Seal, where we make the bread bag seals and machines for 95% of the nation’s branded and supermarket loaves, explains: “Food waste is a vastly overlooked driver of environmental damage and climate change and is something that we work hard to reduce through our innovative sealing solutions.

“Due to increased demand for loaves in the current panic-buying climate, bakeries are increasing production by 20 – 30 per cent or more. In times of crisis, consumers tend to simplify what they eat, so it makes sense that bread is at the top of the list of food products people are stockpiling. But, when bread is already wasted at an alarming rate, these figures make for worrying reading.  At the other end of the spectrum, we’re already hearing anecdotally from colleagues in the waste industry that they’re seeing food waste at higher levels than the usual Christmas peak. This is particularly concerning at a time when people should be being more careful about what they eat and throw away, given the government’s guidelines on infrequent shopping during lockdown. The nation is in crisis mode but we can’t forget the long term impact of our decisions on the environment.”

Our market research is fascinating

Recent recycling research conducted by We Seal, revealed that nearly half of Brits (49 per cent) would prefer bread to come in a paper bag, rather than the familiar low density polyethylene bags, which, according to We Seal, would exacerbate the issue of food waste even further.

Richard Hobson continued: “According to WRAP, bread is the second most wasted food item in the UK. 900,000 tonnes go to waste every year, that’s 24 million slices of bread every day. Almost half of the bread produced in the UK (44 per cent) is wasted, so we need to be looking at ways to improve these figures. Whilst consumers instinctively feel like paper bags would be more environmentally friendly, in reality, that’s simply not the case. There are a number of reasons why paper has a larger impact on the planet than the recyclable plastic currently used in bread bags, but one key driver is that paper is porous, which means the bread goes staler faster than plastic, ultimately leading to more waste. The small, plastic seals created by We Seal to secure the loaf of bread are resealable, ensuring that the loaf stays fresher for longer, helping to reduce the issue of food waste.”

According to our recent research, nearly half (46%) believe that they aren’t recyclable and another third (30%) don’t know if they are or not. According to the research, 30% of consumers have changed their buying habits because they are worried about plastic packaging. A very worried 4% of Brits have even stopped buying bread, purely because they are worried about the perceived environmental impact of the packaging.

Richard Hobson concluded: “We Seal wants to work with food producers and retailers to inform and educate consumers that recyclable plastics have an important role to play in reducing carbon emissions by keeping food fresh and reducing food waste – a major contributor to greenhouse gas (GHG) emissions. We’re ready to start the conversation.”

We Seal’s bread bag seals are made from 100 per cent fully recyclable polypropylene and can be easily recycled with the polythene bread bag without compromising the recyclability of the bag itself. The seal is less than 12mm wide and represents less than 2 per cent of the packaging on the whole loaf of bread. We Seal has been sealing bread bags for more than 30 years and continues to work hard towards the circular economy as championed by WRAP and The Ellen MacArthur Foundation

All figures, unless otherwise stated, are from YouGov Plc.  Total sample size was 2,036 adults. Fieldwork was undertaken between 31st January – 3rd February 2020.  The survey was carried out online. The figures have been weighted and are representative of all GB adults (aged 18+).

Over the past 12 months Hovis, which delivers around 1.3m loaves of bread every day throughout the UK and Ireland, has invested in… 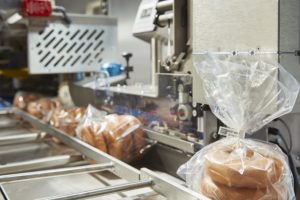 Flexi-Plus bagsealer is the machine of choice for UK bakeries

As the UK’s largest bag seal manufacturer and a key supplier to the global bakery sector, we’re proud to be able to help so many…

We use cookies to ensure that we give you the best experience on our website. If you continue to use this site we will assume that you are happy with it.OkPrivacy policy